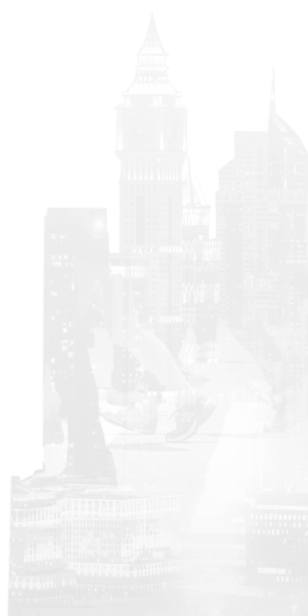 The Foundation's vision for IOTA

The IOTA Foundation's vision extends to many different realms which are all dependent on access to a single source of truth. Data is only as valuable as it is valid. Ensuring what is true is precisely what Distributed Ledger Technology enables. IOTA is a protocol that achieves consensus on the state of matters in a network. By having a cryptographically secure source of unified truth, we envisage a grand technological Cambrian explosion of innovation to arise from it.

Our vision is to enable all connected devices through verification of truth and transactional settlements which incentivize devices to make available its properties and data in real time. This gives birth to entirely new general purpose applications and value chains.

Enabling the true Internet-of-Things through the Machine Economy.

The number of connected devices that will be in use is estimated to reach 75 billion by 2025. From tiny sensors on roads and bridges to wearable electronics, mobile phones, and more, every day the world is becoming more and more interconnected. The amount of data being produced and consumed by all these devices is already astronomical. By the end of 2016, the run rate of IP traffic was 1.2 zettabytes per year - or enough data to fill over 9 billion of the highest storage capacity iPhone's available at the time. Over the next five years, global IP traffic is expected to increase five-fold whereby 2021, monthly IP traffic will reach a staggering 31 Gigabytes per capita.

But there is a significant problem. During the same period, broadband speeds are expected only to double, and the electromagnetic spectrum is a fundamental limit for wireless communication. The global data pipelines are becoming congested. It will not be possible for all these devices to continuously connect to centralized cloud silos for all the data they will produce, nor will it be possible for analytic engines in these clouds to respond back to the actuators to act on the data in real time. This is where 'Fog' and 'Mist' computing, storage, bandwidth, electricity enters the picture. One has to distribute these resources all across the landscape, which immediately brings up the question of how to do this in practice with all the red tape in place when there are 10s, 100s or even 1000s of stakeholders involved in this new Machine Economy. This conundrum was the cause of the inception of IOTA. Through zero fee transactions, these devices can share these technological resources amongst one another in real time locally in a distributed network, thus avoiding the centralized points of failure, unclogging the resource infrastructure and abide by the laws of physics.

The overwhelming majority of the stuff we own spends the vast majority of its life idle in a cabinet or garage. In the era of Internet-of-Things, anything that has a chip in it can be leased to others that have a use for it when you don't. This applies equally to a person's possessions such as cars and appliances, and industrial titans with massive shopfloors. Enabled by IOTA's zero fee transactions, its shared consumption can be compensated for in real-time for the exact usage.

This new fine-granular sharing economy has profound implications for business models and ownership itself. IOTA gets rid of the cumbersome and wasteful subscription models or trust-dependent pay before/after by moving the economy to the present. Individuals and machines pay for exactly what they consume when they consume it. With the shift toward a market where consumers pay for usage rather than ownership, it incentivizes manufacturers to construct products that last and are easily recyclable. In short: IOTA plans to make planned obsolescence obsolete. The result of this is entirely new value chains and a more sustainable supply chain and accompanying economy.

Every person with a connection is continuously generating astronomic quantities of data while interacting with websites, apps or connected objects. This data is often private, but also very valuable for freemium services to harvest and sell to others, E.G., target advertisements on social media. We envision a new model where you pay micro-transactions without fees and retain the ownership of your data, which you can sell to whomever you see fit. Similarly, the Internet-of-Things will generate zettabytes of data, and through IOTA there exist an incentive to trade this data with guaranteed data integrity. Through this data trade, there will be an incredible amount of new insights gained.